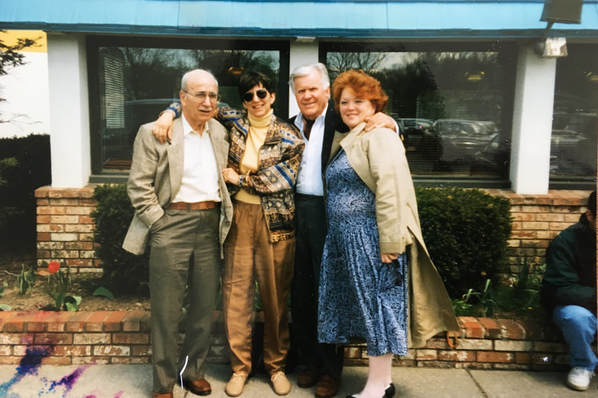 Susan was born on April 6, 1944 in Chicago. She grew up in the Chicago suburbs with her older brother. When she was 10 her father died of a heart attack. Her mother remarried when she was 16 in what was a very happy occasion for the family. Susan gained two step-siblings, a brother who was 7 years younger than her, and a sister who was 10 years her junior. Her stepfather worked as a plasterer, and her mother, who had been working at her uncle’s shop, became a stay-at-home mom. When Susan was a young adult, she, her mother, and her stepfather visited their relatives in Sicily. Susan’s grandparents had emigrated to the US after their marriage, and visiting their birthplace was a wonderful experience for Susan and her family. After graduating high school, Susan attended the University of Illinois for two years where she studied Physical Education. Susan has always loved sports, and she played many in school—baseball, basketball, tennis, and bowling. Her favorite sport has always been baseball, in fact during her interview with Historic Saranac Lake she a Chicago Cubs top and cap. After leaving school, she started work in the reservation office at Eastern Airlines. She got married in 1971 and she and her husband moved to Troy where she started working for Alleghany Airlines in Albany, the forerunner of US Air. Susan worked there for 30 years all told. Susan has a son from her first marriage, who worked as a professional actor before he and his wife “got bitten by the teaching bug” and both became teachers in Georgia. After her divorce, Susan married Hans Barner-Rasmussen, in 1993. Hans owned a house on Moody Pond, and Susan would commute between Troy and Saranac Lake.  Of her time living in the Adirondacks, Susan said, “He loved it, and I loved it too. It was a great area, we had nice friends, and I just kind of slid into it.” Hans, who was 15 years older than Susan, wanted them both to move to Will Rogers, to ensure that Susan was taken care of after he passed away. He arranged the move, before he passed away and Susan is very grateful to be at Will Rogers. She enjoys all the activities available at Will Rogers, and the nice people, and terrific management.