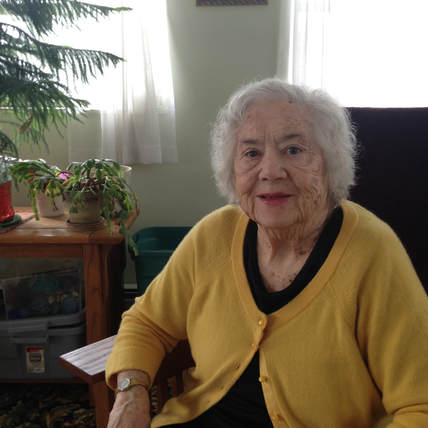 Keywords: Germany, WWII, Fish Creek, Saranac Lake, Tupper Lake,
Interviewed 4/19/2018 by Kayt Gochenaur as part of the Oral History Project at Will Rogers
​
Christa Beline nee Anderes was born in Penzberg Germany, circa 1927. Christa’s family came to the US when she was only a year old, leaving Germany before the outbreak of World War II. They moved to Luzerne, PA where her father worked as a coal miner, and she attended elementary school. When she was 10 they moved to Dallas, PA. She loved to swim and bike, and read everything she could put her hands on, including the encyclopedia. After high school she went on to attend Nesbitt School of Nursing in Kingston, PA. Not long after graduating as a Registered Nurse, she married Frank Beline and her father built their first house. She worked as an RN at a local hospital, and continued to work while raising their two daughters, working days while Frank worked nights. Christa and Frank often came to Saranac Lake to camp at Fish Creek Campground. They eventually moved to Tupper Lake, near their daughter, and lived there until Frank passed away in January of 2002.