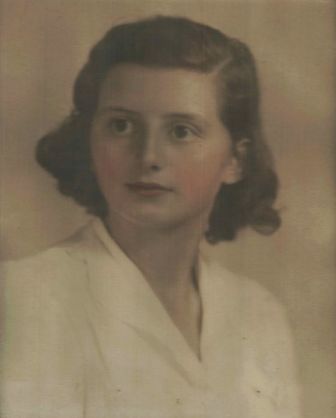 ​Ann Cantwell neé Winslow was born in April of 1923. She grew up in Cherry Valley, NY where she remembers visiting her grandparents and picking berries. She played competitive golf in many northern NY women’s leagues and was a runner up in the NY State Championship. She attended Sargent College at Boston University. Her success in the sport resulted in a NY Times article being written about her. This article caught the eye of Thomas B Cantwell in Saranac Lake, who wrote Ann and suggested applying for the job opening as a PE instructor at the local school. Thomas was waiting for Ann when she came up on the train, and Ann says, “it was love at first sight”. Ann was 25 when she came to Saranac Lake in 1947, and she and Thomas were married in 1948. Ann and Thomas bought the Forest Hill property from his father, and they built many subsequent additions. Ann had 8 children within 12 years: Penny, Sue, Gale, Francis, Berry, Bill, Bob, Ted, Edmund.  Ann talked about how difficult it was raising 8 children, and how the older kids would often be given responsibility of the younger kids. They spent summers on Lower Saranac Lake canoeing, swimming, sailing, and water skiing. Her husband Thomas helped develop several ski areas in Saranac Lake and Ann remembers helping to build the Civic Center in Saranac Lake. She says "I love animals, and I love people, and I love my family, and my grandchildren, and my great-grandchildren."​