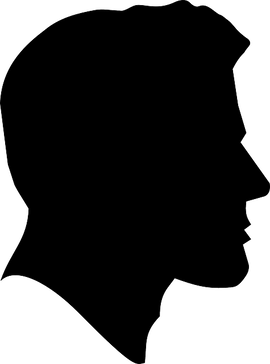 Keywords: Syracuse, Cranberry Lake, Landscape Architecture, Will Rogers, Military.
Interviewed by Kayt Gochenaur on 05/03/2018 as part of the Oral History Project at Will Rogers.

James “Jim” Edward Glavin was born in August 18, 1923 to James and Florence (Nelson) Glavin in Syracuse NY, where he lived for 65 years in the Southside neighborhood of Elmwood. James Sr. worked as a brick cutter but lost work in the Depression, during which the family lost their house and consequently moved a few blocks away. During this time, Florence began work at the department store E. W. Edwards and Sons as a waitress in the Luncheonette and Tea Room. She was soon managing the luncheonette, which was a large business in Syracuse. Jim said they used to serve 1200 lunches a day. Jim never knew his grandparents.

When Jim was in middle school he began reading books about the history of the Adirondacks, and he decided he wanted to hike Mt. Marcy. And so, when he was 14, he hitchhiked from Syracuse to Ray Brook. “Everyone thought I was crazy,” he said. He set up his small “pup” tent at a campsite next to a couple of Austrian mountaineers who had recently moved to Brooklyn, NY. The next day he climbed Mt. Marcy with the Austrians, and the following morning he hitchhiked back to Syracuse.

Jim attended St Anthony of Padua High School in Syracuse. On Valentine’s Day of 1939, he went on his first date with Helen Harnett, where they attended their Junior Prom. After high school, Jim attended SUNY College of Environmental Science and Forestry, where he visited Cranberry Lake during a mandatory 12 week “Sophomore Summer Camp” in 1942. He fell in love with the area and later moved there. Later in 1942, when Jim was 19, he enlisted in the US Army. He traveled to Guadalcanal as part of an engineering unit. Jim said he never had much luck with ships, because the first ship he was on, destination of Guadalcanal, sunk an hour after they unloaded at a port in Bora Bora. The second ship he traveled on, heading to New Guinea was hit by a torpedo, although it wasn’t damaged badly. Jim served from 1942-1946, coming back home once in 1944 to attend engineering school. While back in Syracuse, he reconnected with his high school sweetheart Helen. They decided not to get married until he was out of the military. When Jim returned overseas, he worked as an engineer on an Air Force base in Fukuoka. He said they didn’t often go off base, but that the Japanese contractors they worked with treated them well and vice versa.  He said his experience there was good.

When Jim left the military in 1946 he returned to Syracuse and married Helen Harnett. He re-enrolled in SUNY College of Environmental Science and Forestry, and graduated with a bachelor's degree in landscape architecture in 1948. He worked as a civil engineer and was a member of the American Society of Landscape Architects as well as a member of the American Society of Civil Engineers. Jim and Helen had 9 children, three of whom died at birth. Although Helen was a registered nurse, she stayed home with the children. She later became involved with the Syracuse Symphony and served on their board. Jim and Helen raised their children in Syracuse, but Jim says their childhood was different from his; he and Helen were financially better off than his parents had been, and their children’s childhoods were not affected by the Depression the way Jim’s had been. Jim was a name partner at the architectural firm Hueber Hares Glavin, where he was a site planner, in addition to running his own landscape architect firm James E Glavin and Associates. In 1988 Helen passed away and Jim sold his Syracuse house and moved to Cranberry Lake. Over the course of his 65 years in Syracuse, Jim saw many changes. He spoke about the destruction of the downtown area which he credited to the creation of many malls. He spoke about the decline in population from 220000 to 140000, as well has the change from family owned businesses to large corporations.

Jim lived in Cranberry lake for 20 years, during which time he saw a huge change in the area. He remembered being able to choose from five or six different restaurants, and now he says there’s only one left. He used to enjoy eating dinner at the Cranberry Lake Lodge. Jim loves to read, and while he was living in Cranberry Lake he had a library of several thousand books. He continues to read many hours a day. He reads many biographies and classics, and loves westerns. His favorite book is the Count of Monte Cristo. “It is a good place” he said of Will Rogers.