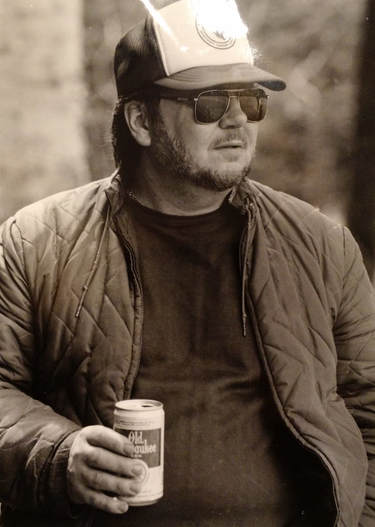 Growing up in Saranac Lake, Phil “Bunk” Griffin wanted to get away from the small town. He graduated high school in 1958 and spent some time hitchhiking around the country. He remembers the strangers who would give him a lift, a meal, or money and he always pays it forward now. At the time, there weren’t many opportunities in Saranac Lake, and Bunk said many of his classmates left the town, sometimes permanently, although he thinks many of them wish they had stayed. Bunk spent a few years living in Ft. Lauderdale before returning to Saranac Lake where in 1969 he married Paula Gardner. They have two daughters together.
Bunk has always been curious about the history of Saranac Lake, and he would listen to the stories told by the older locals. Twenty-five years ago he started doing historical research in earnest, and in 1994 started a website, www.bunksplace.com dedicated to the history of the town. This was the first website on Saranac Lake history. Bunk’s website has grown into a treasure trove of local history- over 2000 photographs, and 85 pages of curated local history. Bunk spends time everyday combing through the NY Historic Newspapers, where he finds articles and photos of times gone by. He then compiles all his findings into a single article and posts it to the website. Bunk shared some of his findings with me during the interview. He told me about the “Wild Men”—hermits who lived alone and unknown in the woods in the early 1900s. He shared articles about the band of young adults who were called “Grogan’s Heroes”, who marched for women’s rights, hosted the first river clean up, and hung out at the Waterhole. Bunk has collected many articles on Saranac Lake during the Prohibition era, with information on gangster Legs Diamond, and bootlegger Pete Tanzini and his mysterious disappearance. He also shared the origin story of the Hotel Saranac’s now-iconic “Hot Sara” sign.
Bunk used to work for the government laying gypsy moth traps. He accepted a job in DC working at the federal level, but a car accident brought the family back to Saranac Lake. He took a temporary job at the hospital, and spent the next 45 years there as he enjoyed the work and the people. In 2012, Paula passed away. Bunk, who is retired, spends much of his time researching local history, although his articles are now posted to his Facebook page rather than to his website. Visit www.bunksplace.com or find him on Facebook to discover more local history!​