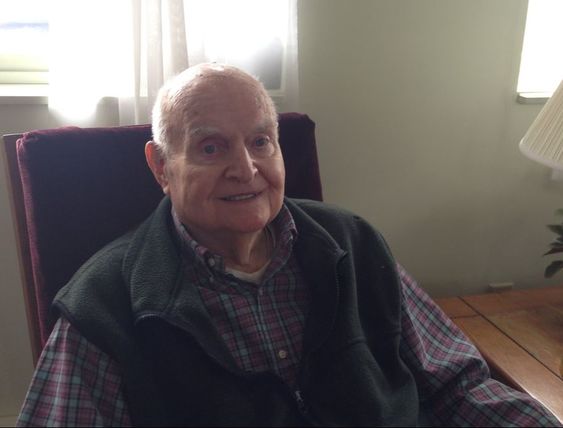 Maurice Guerrette was born in 1928 in Sheridan, Maine. Maurice grew up in Portage Lake, Maine, where he remembers swimming every day and playing on the logs that would come down from the nearby lumber mill. Maurice moved to Wayland, NY where he attended high school and worked on his family’s potato farm. The day he turned 17, Maurice enlisted in the Navy. After being discharged in 1946, he returned to Wayland, NY where he went back to school and received his high school diploma. In 1949 Maurice married Joyce Fairbrother, and they raised 5 children together. Maurice worked as a director for a division of the NY State Department of Agriculture and Markets. Maurice and Joyce moved up to Malone, where in 1993 Joyce passed away. After her passing Maurice traveled around the world for three months, visiting Ayers Rock, Australia in memory of Joyce. In 1995 Maurice built a small hunting camp in the town of Franklin where he lived until moving to Will Rogers.