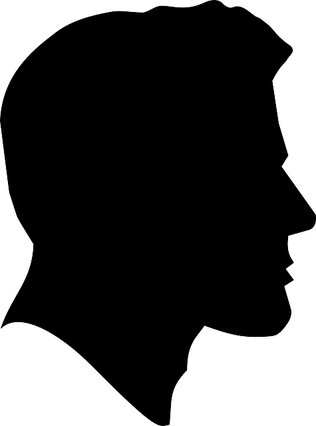 Download File
Kevin Healy’s family was greatly affected by tuberculosis. His maternal great aunt, Lorette “Laura” McCabe nee Monakey (daughter of Tupper Lake doctor Peter Monakey) met her husband Hugh McCabe while she was in NYC, studying for her nursing degree. Hugh had tuberculosis and the couple moved to Saranac Lake for the fresh air cure. Hugh passed away in 1932 from tuberculosis. Lorette ran McCabe Nursing Cottage at 75 Franklin Avenue (previously 35 Franklin Avenue). Kevin’s mother Jacqueline Charland and aunt Cecile Charland attended Saranac Lake High School, although they were from Tupper Lake, and worked as tray girls at McCabe Cottage, bringing food trays to the patients during their lunch hour.  After washing and dressing in the morning, Jacqueline would run the breakfast trays up to the patients, eat her own breakfast, retrieve the trays, then walk to the high school on Petrova Avenue. She would then walk the mile back to the cottage during her lunch hour, run the lunch trays, eat her own lunch, and retrieve the trays before walking back to the school. After school, Jacqueline would go to Charlie Green’s market to do the shopping for Lorette, and run the supper trays, eat, retrieve the trays, and finally do her homework. Lorette would do all the cooking (dirtying every pot and utensil in the process) and have the trays prepared before each meal. She took care to make the food look appetizing to encourage patients to eat; each meal consisted of a starch, a protein, an orange vegetable, a green vegetable, and some type of dessert.  During the time Jacqueline was running trays, the majority of patients were Norwegian sailors who came to Saranac Lake after being diagnosed with TB in NYC. At the time, the cottage housed roughly 12 patients. Like many cure cottages, McCabe Cottage had doors without thresholds connecting each patient’s room to the cure porch. At the time, there was at least one other nurse working at the Cottage as well as someone who helped with the cleaning. Lorette operated McCabe Cottage from at least 1931 to when she passed away in 1957. She was strict, and there was a lot of handwashing. Jacqueline was never allowed to touch the sputum cups, or the medicinal things. When Jacqueline was 20, she met Tom Healy, an employee at Charlie Green’s Market who had cured in Gabriels after contracting TB in NYC. They were married around 1945. A few years later, shortly after Kevin’s older sister Patricia was born in 1948, Jacqueline was diagnosed with TB. “She said her chest x-ray looked like someone had taken something that was white and sprinkled pepper on it. It was just covered with these black spots.” She had a thoracoplasty operation, and cured at the Ray Brook Sanatorium while Patricia lived with her grandparents, Louis and Beatrice Charland of Tupper Lake. Patricia would be taken to the Sanatorium, where Jacqueline could wave at her from her room. She finished her cure at McCabe Cottage. Kevin described a giant Hershey chocolate bar (likely the one pound Hershey bar), that his mother was required to eat every day, in addition to regular meals, in order to put on weight. To recover from the thoracoplasty, Jacqueline had to remain flat on her back, and eat every meal in bed. Jacqueline was allergic to streptomycin, and so used a different antibiotic, less than a half pint of which cost nearly a full week’s pay. [Kevin motioned with his hands to show a 6-inch tube, possibly a 100 or 200 mL container]. Kevin was born in 1954, and attended St Bernard’s School, and graduated high school in 1972. He remembers visiting Little Red, and the construction of Trudeau Institute. He grew up in the Duso Cottage at 13 Fairview Ave, which was also a cure cottage at one time.