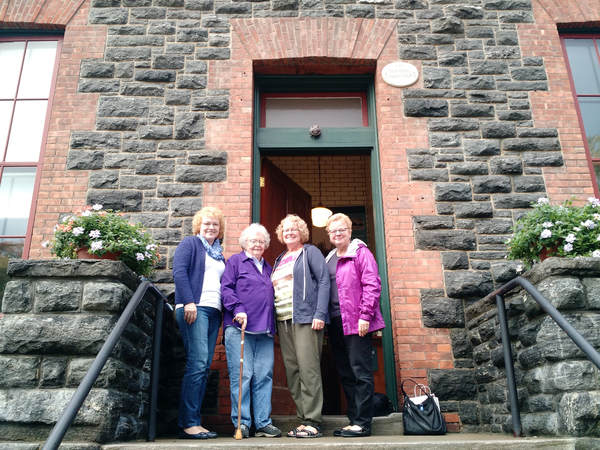 Martha Kelsey came to the Saranac Lake to visit the place where her father died in when she was only seven years old. Her father Wallace Glen Maxwell was born in Storm Lake Iowa, and moved east with his family. He was working on the family farm when he contracted TB. He came to Saranac Lake to take the cure, and improved enough to travel back downstate, there continued work on the farm contributed to his relapse. When he moved back to the State Hospital at Ray Brook, Martha’s mother, Sibyl, moved up with him. Sybil worked at the Saranac Laboratory while Wallace was taking the cure. Martha and her older brothers were taken care of by her grandparents, and it was their grandparents who brought them up to Saranac Lake to visit their father. Wallace died shortly after their visit. Martha, who is now in her 90s, had always wanted to visit Saranac Lake again in memory of her father. Three of her daughters, Melanie, Marlene, and Margaret came with her to visit the Saranac Laboratory Museum, and the town where her father spent his last days.