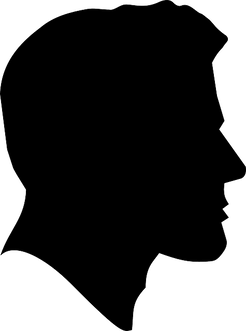 Interviewed in 2010 by Marc Wanner as part of the Oral History Project.
This interview begins with genealogical recounting of McKillip family. There are six generations of the McKillip family in Saranac Lake. The McKillips came from Northern Ireland in 1856 or 1858 through Baltimore, before moving north to Alder Brook. They came as a family, seven brothers and sisters to escape the famine (their parents having stayed behind in Ireland). After moving to Alder Brook, two of the brothers (Bob’s great uncles) became livery drivers, and the other three were farmers. They grew potatoes and raised chickens, pigs, and a dairy cow. One great aunt worked at the Loon Lake hotel during the summer. Bob's grandfather was a special delivery man for the Post Office in Saranac Lake. He worked every day including Sundays, and would do a round in the morning and one in the evening. When the grandchildren got old enough they were allowed to be his runner, and they would run the packages from the truck to the house, get a signature for the delivery, and go back to the truck. He and his brother would take turns running packages. It was the 1940s and the deliveries were often to cure cottages. He said you never went up to the second story of a house because of how contagious TB was.
​
Bob McKillip passed away on March 5, 2011. Click here to read the obituary published by the Fortune Keough Funeral Home.