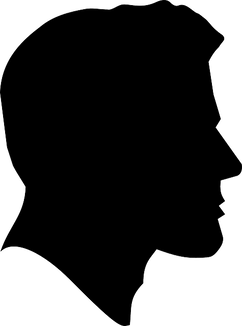 Keywords: Lake Placid, Saranac Lake, St. Bernard's, Camp Montserrat, Tuberculosis, Ives-Quinn Act.
Interviewed on 09/05/2018  at his home on Daisy Lane, Lake Placid by Kayt Gochenaur. Paul’s wife Rosemary Reiss also contributes.
​
Paul Reiss has long history in the Adirondacks. His father, Julian Reiss, of whom Paul wrote the biography Dad: The Life and Legacy of Julian J Reiss, first came to Saranac Lake after contracting tuberculosis in 1925. By 1930 Julian had been cured of TB. Julian and his wife Daisy, decided to stay in the Adirondacks, and settled permanently in Lake Placid, where they were deeply involved in the community. Paul grew up in Lake Placid, where he and his family lived on Hillcrest Ave. At the time there was no catholic school in Lake Placid and so Julian and Daisy sent their children to St. Bernard’s Catholic School in Saranac Lake. In 1945, Julian was asked by Governor Dewey to serve on the first commission implementing the new anti-discrimination law, the Ives-Quinn Act. It was the first law of its kind in the country. Julian traveled around the state as part of this commission. Having obtained a private pilot’s license, Julian was able to substantially reduce his travel time by flying his plane around the state. Paul also learned to fly a plane under his father’s direction; he was soon flying the plane solo, his mother driving him to the airport, as he was too young for a driver’s license. Paul attended LaSalle Military School in Long Island, and then went on to go to Harvard, and eventually receive a Ph.D in Sociology. Paul met Rosemary at a mixer dance at Harvard, where she was visiting from the nearby Emmanuel College. In 1955 they were married. Four short years after marrying Rosemary, Paul’s father died. On his deathbed, Paul promised him that he would continue the boys camp Julian had started on the property of his Old McDonald Farm. Paul stayed true to his promise, and he and Rosemary spent every summer since 1960 in Lake Placid running camp Montserrat. As a professor at first Fordham University, and then St. Michael's, Paul usually had the summer months available to focus on the running of the camp. Camp Montserrat provides a support network for city kids, especially first or second generation citizens, and an opportunity for them to get out of the city. Camp Montserrat kids have double the high school graduation and college attendance rate of their peers, and many go on to be counselors at the camp. Paul worked at Fordham University for 22 years, having both taught and served as the Dean and Executive Vice President. Paul then transferred St. Michael's where he was much closer to Lake Placid. It was around this time that Paul began transferring the running of Camp Montserrat to his nine children. Paul and Rosemary spend the winter months at their home in Vermont, and are in Lake Placid for the other half of the year.