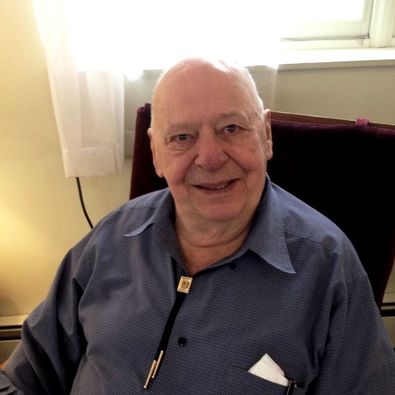 Keywords: Lake Placid, 1930-40, 1940-50, Skiing, 1932 Olympics
Interviewed 02/20/2018 by Kayt Gochenaur at Will Rogers
​
Joseph Peter Wilson was born in 1935 in Lake Placid. He had two siblings, and spent most of his free time skiing. He recalls the old wooden skis they used to use and spoke about the changes that have been made to skis throughout the history of the sport. Joe Pete skied competitively throughout high school and college, as well as for most of his adult life.  In high school he was coached by Otto Scheibs and was what they called a “Ski Meister” meaning he trained for four different ski events. At Saint Lawrence University, Joe Pete traveled to many different races. He skied on the US Nordic Olympic Team during the 1960 Olympics, and was a member of the four-man bobsled team that won a bronze medal during the World Championship games in St. Moritz, Switzerland. Joe Pete retired from his professional skiing career in 1972, when he came back to Keene, to run the family-owned Bark Eater Inn. He was married about a year later. He developed a polo field at the Bark Eater Inn, and at one point the stables of the inn held 85 horses. He also developed an extensive network of cross country ski trails at the Bark Eater Inn. His love of skiing has continued, and he remains very involved in the skiing community of Lake Placid.​